HOW TO TELL IF YOUR PHONE IS HACKED?

What would we do without our mobiles? Some of us if not most of us dread the thought of anything happening to them but are we actually being careful enough to prevent something happening?!

You probably don’t even realise it but you are exposing your phone to all sorts of thieves and data snatchers on a daily basis! You mustn’t fall victim to hackers! Hackers are always on the look out for their next victim! It’s important that you know how to both identify and remove a hacker from your phone! 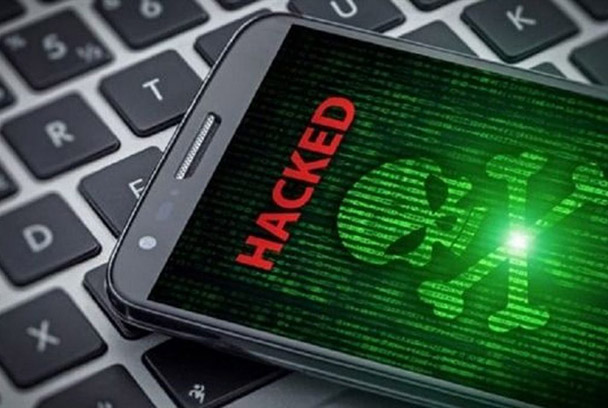 HOW CAN YOUR PHONE BECOME HACKED?

It’s actually not that difficult for someone to hack your phone! The hacker has several ways in which they can hack it, you don’t have to have advanced tech knowledge in order to do so!

This particular attack involves the hacker transferring your phone number over to their own SIM card, meaning they are now in control of all of your accounts! Yes it’s that easy!

2. Certain spyware that can collect your data!

Believe it or not there are some spy apps that are really quite easy to get a hold of! Again the person responsible for the attack doesn’t necessarily have to have advanced IT knowledge. The hacker will be able to remotely monitor all of your phone’s activities! Anyone who gains direct access to your device can install an app like this one!

Public WiFi networks are so risky, if you connect to them you could possibly get malware, quite surprisingly this can happen via charging stations too! A hacker can quite easily set up fake WiFi networks, these are called ‘ evil twin networks’! What will happen is you will be redirected to a malicious website, or they will steal your data via a USB cable which is located at a charging station!

Facebook or even email messages will contain malicious links which will install malware onto your device, this will then snatch your data!

It’s even possible for you to download malware from suspicious websites while your downloading apps or it could be the case that you clicked on a malicious link or pop up completely by mistake as this can happen!

HOW DO YOU KNOW IF YOUR PHONE HAS IN FACT BEEN HACKED?

If you have even been concerned that your phone may be hacked here are a few things to look out for!

WHAT IF YOUR PHONE CAMERA BECOMES HACKED?!

Occasionally we can accidentally record something or take a photograph without even releasing it, however if you start to notice a lot of videos and photos in your gallery that you don’t remember taking then it’s a huge possibility that someone else has control over your camera! If you keep finding new photos and videos appearing consistently you should definitely be concerned!

Is your flash lighting up when your not even using your camera? This is another tell tail sign that someone’s gained access to your camera! If your phone starts to get hotter than usual you should definitely be concerned. The camera and the flash require a lot of resources as well as battery power, so if your phone is all of a sudden getting hot when you aren’t even using it, it’s maybe time to start worrying!

HOW TO FIND OUT WHO IS RESPONSIBLE FOR HACKING YOUR PHONE!

Finding the hacker who was able to gain access to your phone can be rather difficult, unless the attack was specifically aimed at you the odds of finding them are very slim! It’s certainly worth while checking all of your apps specifically the ones that you don’t recognise! Are there suspicious phone numbers that have been calling you or any social media accounts that have attempted to to interact with you? Although these searches might find some associations, tracking the hackers down usually requires a cyber security expert of some sort. If you really are concerned that someone had access to your phone the best thing to do is to contact your local police department, they can investigate the matter further, and most probably more efficiently too!

Maybe you start thinking about who might have had actual physical access to your phone! Is your password strong enough? If you have a weak password someone could have quite easily guessed it! If this is the case then the hacker has had complete access to your device without you even knowing it!

HOW DO YOU REMOVE A HACKER FROM YOUR PHONE?

If your phone has in fact been hacked then follow these simple steps!

Switch off your mobile data and WiFi when your not using them, if the app is using an online connection then by switching off yours it will prevent it from using your data as you will be disrupting its activity.

Your security apps might not be able to find anything, or maybe you don’t even have any, if this is the case you should still delete any applications that you downloaded right before you started experiencing problems.

CATALINA FOR RESTORING YOUR IPHONE.

It’s important that you back up anything that important to you before you restore your phone to factory settings!

If you have an android phone here’s how to restore it to its factory settings.

HOW TO BLOCK HACKERS FROM ACCESSING YOIR PHONE?!

In order to prevent your phone from being accessed by hackers do the following :

CAN A DEVICE BE HACKED EVEN WHEN ITS TURNED OFF?

Normally hackers will need to establish an online connection with your phone in order to gain access to it, this will not be possible while your device is turned off. That doesn’t mean that just because it’s turned off your automatically safe! Hacks may still persist once it’s tuned on again, it could be that there’s an extra mic or a secretive hidden camera in the hardware. This is the very reason why you are always asked to leave your phone outside while your visiting any government intelligence or military buildings!

Even though your phone might not be hacked while it’s turned off it still doesn’t ensure your safety 100%!

Here are 3 particular ways that hackers could attack your device even when it’s switched off!

If you take your battery out, which unfortunately can be difficult to do with an iPhone, a very small hardware capacitor which is a device that stores electric anergy can indeed be installed in your phone. This would give it a small charge to let all sorts of malicious things to continue, even when you believe your phone is turned off!

This particular hack would have been initiated while your phone was turned on! It overrides the assumption that your device is in a safe state, since you didn’t actually turn it off in the first place, even though you believed that you did!

It’s possible that all they need to pass the security checks is your social security number and your home address, which is information they can easily find online with enough persistence! In this case it won’t matter whether your phone is switched on/off!

CAN A HACKER HACK YOUR PHONE JUST BY CALLING YOU?!

The simple answer is no! Not directly, yes a hacker can call you impersonating someone else, someone official, by doing so they can gain access to your personal information. Once they have access to this information they could start hacking you accounts, however they can’t break into your devices software and modify it through phone calls alone!

It is possible for your phone to be hacked through communication apps that have poor security! Back in 2019 hackers gained access to a smart phone with a single WhatsApp call! Unfortunately a WhatsApp VOIP vulnerability allowed criminals to access the device and steal all of the data on the phone such as private messages and location details. Bigs like this one can happen on any platform!

IS THERE A CERTAIN APP THAT YOU CAN INSTALL TO SEE IF YOUR PHONE HAS BEEN HACKED?

Of course there are security apps that will notify you of any unusual activity, they will also make sure that you are making use of the basic security features such as face or Touch ID, screen lock and ZFA. You will also find tips and tricks to improve your device’s security like periodically rebooting your device.

There are also specialised spyware apps, they can search through your phone for any hidden malware and help you to identify hacks early on. To be honest you would rather prevent an attack rather than try to counter an attack after it’s already taken place.

It’s important that you always update your device and apps regularly. You can also use an encrypted password manager in order to generate strong log in credentials.

Individually lock apps to as an extra precaution. Most importantly always do your research, that way you can choose the most reliable and trustworthy security apps for your device.

BROWSING COMPLETELY PRIVATE WITH A VPN!

I can’t stress enough how important it is to use a VPN while your connected to the internet. Not only does it hide your IP address it also encrypts your traffic which enhances both your security and privacy!

Hackers will not be able to identify you online or monitor what your doing on your device. This means that they will have less ways to harm you!

Try and stay away from free VPN’S as they could have a hidden agenda behind the services that they offer for free!