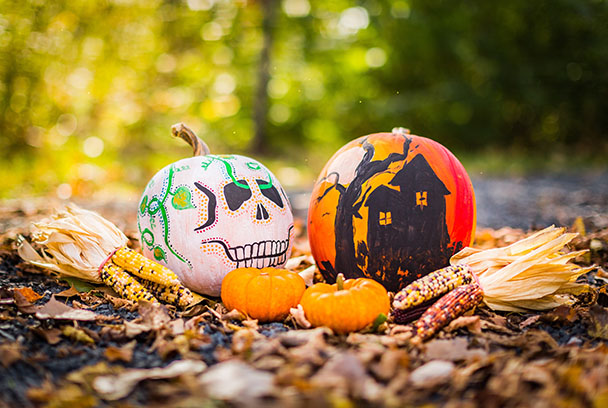 Spooky month is here! What are your plans for this coming Halloween week? We understand that due to the COVID-19 Pandemic this year, most of us likely will be spending our Halloween night at home catching some Horror movies or dramas with our friends & family. Hence, we have found out that Netflix entertainment has prepared a range of classic and new horror movies and series this October 2020. Here you go:

1. Vampires vs. The Bronx

Have you caught the Paranormal Activity 1, 2 and 3 series? Let’s continue watching it! Paranormal Activity 4 is the 4th installment of the creepy horror franchise is landing on Netflix. Alex experiences strange events after she meets her neighbour’s son Robbie. Her life turns into a nightmare when one by one all her dear ones are murdered.

Another famous horror movie landing on Netflix in October 2020 for Halloween is The Conjuring. The film is about the Perron family, who move into a farmhouse where they experience paranormal phenomena. They consult demonologists, Ed and Lorraine Warren, to help them get rid of the evil entity haunting them.

4. A Babysitter’s Guide to Monster Hunting

A Babysitter’s Guide to Monster Hunting is a new film directed by Rachel Talalay based on the popular book series. When high school freshman Kelly Ferguson reluctantly agrees to babysit on Halloween, she is recruited into a secret society of babysitters who protect kids with special powers from monsters. Oh, and Tom Felton is in it.

Cadaver is the first-ever Norwegian Netflix original horror movie. The synopsis reads: “After a nuclear disaster, a starving family is lured by the offer of a meal to participate in a play at a hotel, where audience members begin to vanish.”

Underworld tells the story of Selene (Kate Beckinsale) a Death Dealer bent on destroying the Lycans who allegedly killed her family. She discovers that the Lycans are pursuing a human, Michael Corvin, for experimentation; Selene captures Michael herself to find out what the Lycans are up to.

7. Nobody Sleeps in the Woods Tonight

Addicted to technology, a group of teens attends a rehabilitation camp in the forest, but a sinister force there intends to take them offline forever.

Stranger Things - Season 2 is the American science fiction-horror web television series created by the Duffer Brothers and released on Netflix. The Duffer Brothers developed the series as a mix of investigative drama alongside supernatural elements portrayed with horror, science fiction and childlike sensibilities. Setting the series in the 1980s, the Duffer Brothers infused references to the pop culture of that decade while several themes and directorial aspects were inspired primarily by the works of Steven Spielberg, John Carpenter, and Stephen King, as well as anime and video games.

Hannibal is an American psychological horror-thriller television series developed by Bryan Fuller for NBC. The series is based on characters and elements appearing in Thomas Harris’ novels Red Dragon (1981), Hannibal (1999), and Hannibal Rising (2006) with a focus on the relationship between FBI special investigator Will Graham (Hugh Dancy) and Dr. Hannibal Lecter (Mads Mikkelsen), a forensic psychiatrist destined to become Graham’s most cunning enemy and, at the same time, the only person who can understand him.

Enola Holmes is a 2020 mystery film based on the first book in the series of the same name by Nancy Springer. The story is about the teenage sister of the already-famous Sherlock Holmes, who goes to London in search of her mother who has disappeared.

Above are the most popular classic and new Netflix’s Halloween series and movies are chosen for you! To enhance your online streaming experience, we recommend you to use a VPN Proxy Master app as it will help to protect your personal privacy by censoring your online activities. Furthermore, you can also catch localise series outside of your region. 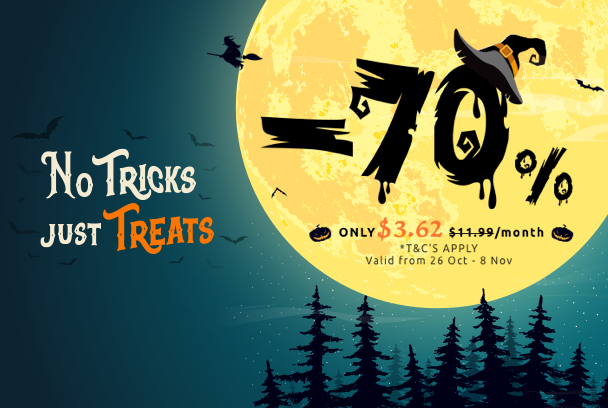 No TRICKS, just TREAT for you! Good news that VPN Proxy Master official website is currently having a Halloween promotion! You can purchase the 2-year premium plan at the deal of 70% off! The promotion is valid from now till 8th November 2020. Hurry and don’t miss these exciting Halloween deals. We hope that you stay safe and enjoy this Halloween season with your family and friends!