HAVE YOU HEARD OF WIREGUARD?

In today’s world most of us if not all of us have heard of the term VPN! There are so many different types of VPN out there which can make it a little overwhelming when deciding which one is right for your particular needs. It is so important to make the right choice for you!

Wireguard! Have you heard of it? It’s a new VPN technology which has been described as perhaps the most simplest and most secure VPN out there! 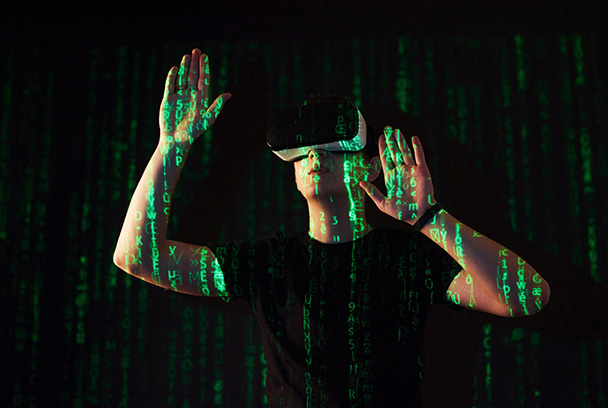 WHAT DOES IT DO?

It’s a modern VPN which is very easy to understand, it aims to be much faster, simpler and leaner than its rival IPSEC! Also the way it has been designed makes it deliver much more performance than open VPN.

In contrast to open VPN, it uses a reduced number of state of the art cryptographic methods. It is designed as a universal VPN for operation on embedded supercomputers and devices.

There are pros and cons to all VPN’S and despite it being declared as incomplete and unstable, Wireguard is already being promoted by its developers as the most secure and simplest VPN technology on the market today! It seems to be very popular with application developers.

VPN’S are indispensable to businesses. They link remote office branches to the corporates main network, which then allows roaming employees to use the internal company applications and enable cloud servers to be part of the same network as the on premises ones.

We are always on the lookout for ways on how to improve our online security, being protected is crucial to insure all of your personal data is safe from hackers and third parties who wish to access your information.

Quite frankly we are too irresponsible when it comes to protecting ourselves online. We seem to take action only after our information ha been stolen. Save yourself all of the unwanted stress and insure you have the right VPN for your needs.

Wireguard uses proven cryptography protocols and algorithms to protect your data! Even though it was originally developed for the Linux kernel it is now available for Mac, Windows, IOS and Android.

The reason for it achieving much faster speeds is because it has a lean structure. When comparing it to other protocols it’s only fair to compare it with something that that also runs in the Linux kernel.

Wireguard also doesn’t respond to any packets from peers that it doesn’t recognise. Meaning the network scan will not reveal that Wireguard is running on a machine! Like any other VPN it’s responsible for creating a secure connection between a VPN app and a VPN server.

Basically it exchanges public keys. Once they are exchanged and the app server tunnel is established, there’s no need to keep managing the connection. Once it establishes the VPN tunnel, the server must receive at least one encrypted data packet from the client before It can use the session, this insures proper key confirmation.

There used to be a huge concern that VPN Providers who use Wireguard wouldn’t be able to offer complete privacy because it stores users ip addresses on the server until it’s restarted. However this particular issue was solved quickly as providers either used a double NAT system or erased the ip logs once the session ended.

Theoretically, improved performance should be offered by Wireguard in the way of the following :

Mobile VPN users in particular will find Wireguard to be particularly beneficial. If your mobile device switches from WiFi to mobile data, the connection will not be interrupted. It will remain as long as the VPN client continues to send authenticated data to the VPN server.

Unfortunately there are various privacy concerns when it comes to Wireguard. By default it saves connected ip addresses to the server. These user ip addresses are saved on the server indefinitely, or until it’s rebooted.

Energy efficiency is of course important for mobile devices and Wireguard is well positioned for such applications. For example, the protocol supports roaming i.e the automatic switch over from WLAN to the mobile network and vice versa. If the connection is some how lost then it is usually quicker to reconnect with Wireguard than with any other rival protocol.

If you are planning to use Wireguard, you should be aware that it is an unfinished program, and somewhat underdeveloped. Of course it has many advantages but it’s important to know the disadvantages also.

Although it is already usable, the development of a stable version is not yet finished. Even the developer states that the code shouldn’t be trusted at this time. The software still has to go through various IT security audits in which security experts will check the code quality. Special care should be taken as code errors and security holes would have serious implications!

I’m sure with some time when it’s fully developed the advantages will outweigh the disadvantages until then the more sensible option would be to go with A VPN that provides you with 100% security! Of course it is reliable in certain areas, however any underdeveloped VPN should be avoided until it can provide guaranteed safety.

In conclusion no one wants their private information accessible to anyone and everyone! WireGuard is just way too underdeveloped and anyone who chooses to use it (in my opinion) is taking a huge risk! Although it has its good points it’s still not at the stage where it can fully protect you, there are just too many risks. There are so so many other options available for your online privacy, Stay safe and protected make the right choice for you! When it’s fully developed I have no doubt it will be amazing!