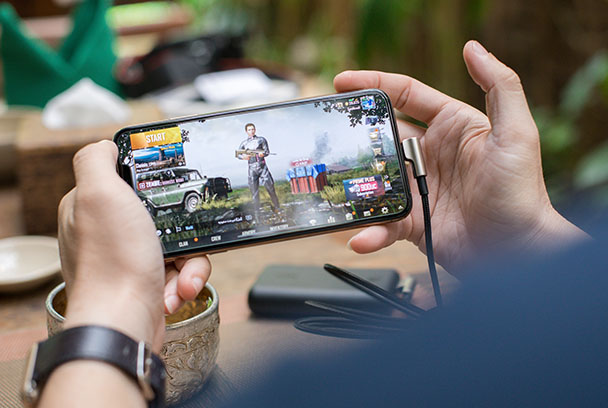 Here’s why gamers prefer using VPN for gaming. This post will let you know three benefits of installing the best VPN for gaming before you start your gaming rounds.

We will discuss the three motivations that compel smart gamers to install VPN for gaming – free. In some cases, gamers also prefer VPN for gaming – paid versions too.
So then, let us start.

Some of the games are restricted in some countries. For instance, India recently banned Pub-G owing to India’s stand-off with China. This compelled all Pub-G fans in India to make use of a VPN to enjoy uninterrupted access to the gaming application. In simple words, a VPN makes you appear to be in a location where the particular game is not restricted.

Thus, if you have a VPN installed on your machine and you want to play a game restricted in your location all you need to do is select another server located in any other country where the game is not banned. This way you appear to be located in the same country.

Hence, you enjoy uninterrupted access to a game banned in your location using a VPN application. Let us understand this with an example. For instance, let us say you are currently accessing the internet in the USA. You want to play a game which is banned in the USA.

In certain cases, game administrators block gamer IPs. The reason for blocking IPs varies. However, if your IP is blocked, you cannot enjoy gaming. In this case, a VPN for gaming comes to your rescue. When you install a VPN application you latch on to the VPN server. Your IP appears to be that of the server. In the first place in the event of IP blocking the IP generated by the server s blocked not yours. Hence, if your server IP is blocked, you can still continue to play.

Here’s how you do that. In the event of your IP being blocked, all you need to do is, install a free VPN for gaming. Connect to the VPN server. Resume your game. It is that easy. However, what if your server IP is also blocked? In this case, you can still enjoy uninterrupted gaming. All you need to do is set up a new IP and set up a new VPN account. That’s all.

In many cases, gamers take the game too seriously. Some gamers take the rage in the games too personally. It has been observed in the past that these anguished gamers find your IP in multiplayer games. They start stalking fellow players online. They might also barge into your social media accounts.

In certain cases, gamers have also called up emergency services like ambulance, fire trucks, etc to other fellow players creating fake hostage situations. This style of harassment is known as swatting.

On the other hand, if any gamer uses a VPN, his identity – ( IP and location ) remains anonymous. Hence, the situation of swatting largely remains out of question.

Play on a public Wi-Fi

If you are a gamer you will surely relate to this. The best time for finishing a pending round is when you are waiting for your flight at the airport. Obviously, games are an addiction. Hence, most of the gamers will latch on to public Wi-Fi to play the rounds.

However, we all know Public Wi-Fi is cybercrime havens. 68% of public Wi-Fi in the USA alone does not follow the security parameters that are mandated for public Wi-Fi.

Almost every ISP provider monitors subscriber’s internet activities. When you use heavy bandwidth owing to a download or a gaming session, there is high probability that your ISP will throttle your bandwidth or speed.

Many service providers reduce your broadband speed so that other user’s internet is not affected. In fact, some ISPs also throttle the speed during peak days and peak hours by default.

However when you make use of a VPN, your data is encrypted. Hence, it becomes almost impossible for your internet service provider to know if you are surfing normal internet or playing a game that needs huge bandwidth.

Latency is the most frustrating part in any gaming experience. As a gamer, you never want to dive into a battle only to find out your powers are reacting late to your orders.
The core reason for latency is the ping time. Ping time on the other hand depends on the distance between your device and the game server. If you are playing in Pennsylvania and the game server is located in Singapore your ping time will be higher than a player in Singapore.

However, with a VPN you can select from a list of servers in various locations. So the VPN allows you to latch on to the server located nearest to the game server location. This considerably reduces latency.

To conclude, all smart gamers prefer VPN. It helps them experience the next level gaming. Also, it keeps the gamers’ personal profiles safe and private in multi gamer environments. A lot of gaming needs can be fulfilled with a free VPN application. However, In case you should want to explore advanced features, you can go for paid versions also.